From inches to centimeters

Mathematical operations can be really taxing and difficult to crack if you don’t know the nuances of it. A centimeter is the unit of length in the metric system, equal to one hundredth of a meter. Inches to centimeter, is the most commonly used conversion in mathematical use.
Both ‘inch’ and ‘centimeter’ are units of length in the metric system. It is used in everyday life and is a great way to measure the length of almost anything. One may find conversions very confusing and time consuming if one doesn’t have the knack of it. To make life simple, we have certain tools that can make the job pretty easy. Ruler is one of the tools which can essentially help you measure centimeter, but only if you know how to use it. 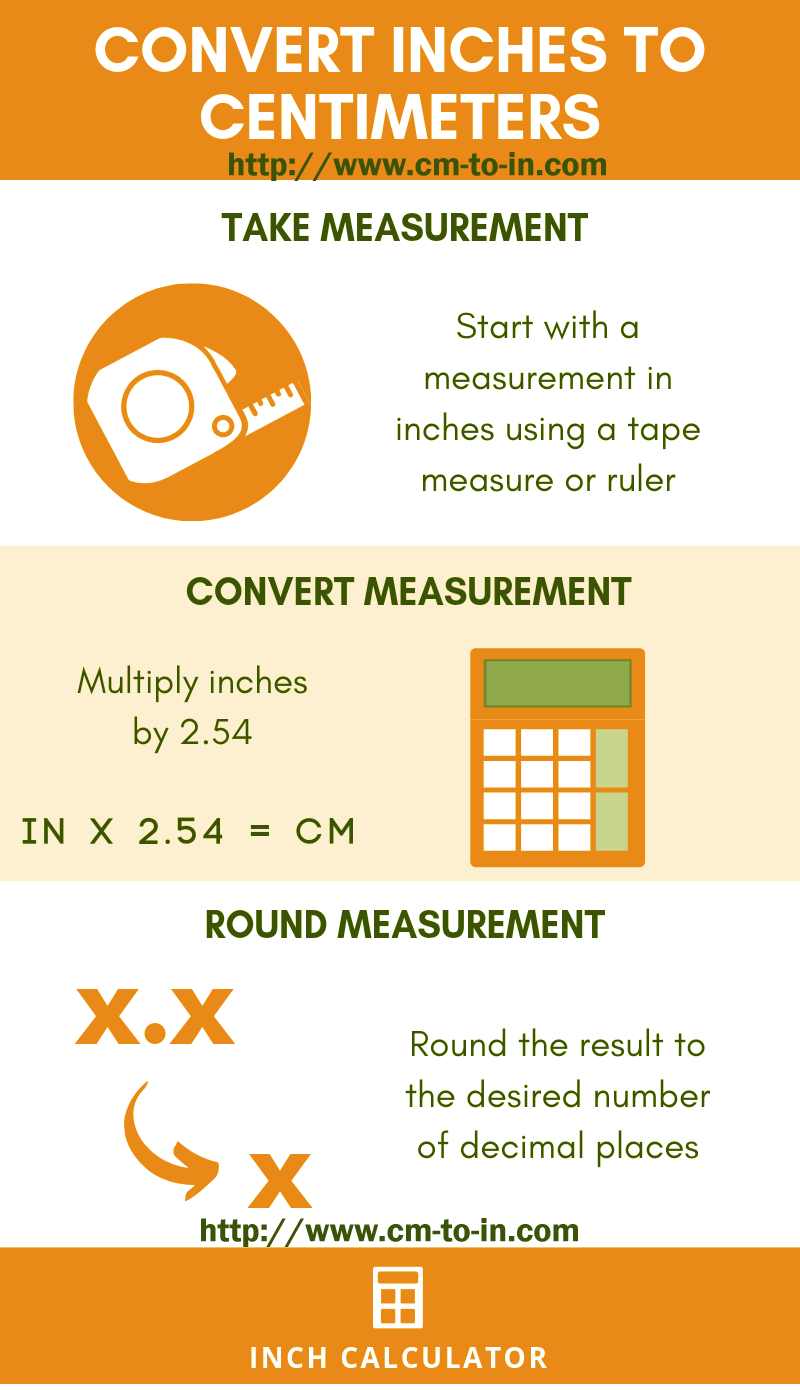 Inch is the unit that is used to measure some small object and this word originated from old English language “Ince” and the meaning of this word is one-twelfth of the Roman foot. In 1959, this measurement unit is declared as a formal unit which is equal to 2.54 cm.
It comes under the US Customary and British Imperial units and measures as a 1/36 yard. Earlier, at the time of King David I it was measure as the breadth of thumb of men who has a large, medium, and small thumb which further the average was calculated by dividing the sum of three of them by 3, it was to improve the consistency of objects. Then after that period, in the 14th century, it is measured by the 3-barley grain which was placed without any gap and that was dry and round in shape. After that, for some time it was also measured by the 12 poppyseeds by putting them together. But, since 1959, inch got the official value which is 2.54 cm and it is exactly the same in current time.
Many countries had to settle down on this value as in 1930, British Standards Institute fixed the value of 1 Inch as 25.4 mm and after two years, it was asked to the US to adopt the same. As the values were similar to the American Standards Association agreed on it in 1933.

A centimeter is denoted as cm and defines as the unit used to measure the length of any object basically which is smaller. It has a fixed value as per the International System of Units (SI). And in terms of meters, it is 1/100 m which means 1 cm is equal to 100 m. The value of its prefix (centi, which means 100) has the limit of 10-18 to 1018   as per the decimal system.
Now, the usage of this unit is in every sector worldwide. Where someone needs to measure a smaller value than a meter, there it is used such as the height of a person which is generally measures in cm in the US and various other routine work. Where you need to measure smaller denomination of meter, there this unit is used. As this unit is to measure length but to quantify the surface area, it is measured as the 0-182 and for to calculate volume it is cm3

What is the way to convert Inch into Centimeter?

There is nothing hard to get your values converted from one unit to another as there is always a fixed value that you can use by multiply or divide.
As per that fixed value, 1 in = 2.54 cm according to the SI (International System of Units) which means we can easily convert any value of Inch into Centimeters only just multiply that value with 2.54.
For example:
20 in = 20*2.54 cm = 50.8 cm
Or you can simply do conversion through the online unit converter which can be easily found over various websites.
So, the formula to convert any value of Inch into Centimeters is:
X in = X * 2.54 cm

These are some conversions of usual numbers so that you can understand better about the Inch to Centimeters. These units are used in day to day work to measure the length of anything. But still in some parts of the world Inch doesn’t use it as an official unit.
This is the detailed information about the units which you can use in your daily life and must be aware of the conversion because sometimes you have to use Centimeters and sometimes Inch. Hence, it's important to have knowledge about the conversions of both the unit.